Cold smoking is a tradition that can be traced back to the medieval ages. Through cold smoking, the name barbecue was originated from the word ‘barbacoa’ in the mid 17th century. Through time this ancient practice of smoking fish will prove itself as a real delicacy that still makes peoples mouth water.

As sweet as the story may sound the health risks are imminent. The name smoking itself doesn’t come from a good background. It will take time to perfect one of the oldest methods of preserving food. Better yet? Smoked meat can last up to 3 months (90 days) if done correctly.

The article addresses the differences, facts, and attributes of smoking food.

How Does Cold Smoking Work?

Before you get to understand the whole procedure, you need to have a smooth background on what happens during cold smoking. The smoking process started by Carribean natives long ago was aimed at preserving fish. Fish was placed over a smoky fire to slowly dehydrate it during cooking and dissuade the growth of bacteria. Today this tradition has been passed from coastal cities to urban communities and improved along the way.

A study published by the Encyclopedia of Food Sciences and Nutrition found that smoked meat is resistant to both flies, and beetles. Although smoking today is mainly done to add flavor, and color rather than to preserve meat. The smoking process usually starts with a fire pit being dug to start the smoke.

According to the US Department of Agriculture meat is 75% water and 20% protein. Remember what happens when you’ve water in contact with heat, evaporation occurs. When water from meat or any tissue evaporates, it is then called dehydration – A similar case in the human body.

Now, Why Does This Work?

During smoking, most of the water is extracted, and little fat is remaining. At this stage, the favorable components that react to form bacteria are eliminated. At the end of the day when humidity is controlled the meat lasts longer.

This is the reason why cold smoking takes hours if not days to become perfect. You might be wondering how could water possibly evaporate at less than 100 degrees Celsius for the meat to be dehydrated. The thing here is evaporation occurs when the bonds between water molecules are broken as heat energy increases.

The Difference Between Cold Smoking to Hot Smoking

To understand the differences between cold and hot smoking better, you should look towards the aims of both. Cold smoking is aimed at preserving food and not cooking it. Hot smoking is not done to keep food but rather to cook the food using smoke. The apparent phenomenon that separates both is the temperature used during smoking.

This makes so much sense because heat is a vital factor that aids the cooking process. If you look at the names of both techniques, you wouldn’t need a pen and a paper to understand what cold and what hot means. Hot smoking is done at a temperature of about 140 degrees Fahrenheit which is the holding temperature for cooking.

Other differences in both techniques can be found in the smoking process. The trick used in cold smoking is to hang the meat in the same chamber where the smoke comes. However, this scenario changes in cold smoking; instead the meat is hanged in an unheated chamber close to the fire. You should consider the fact that both happen as a result of reactions that seem different. In cold smoking water changes to vapor and hot smoking, the proteins in the meat are broken down by heat.

Over the years many concerns have grown in regards to health issues related to cold smoking. A study published in a book called ‘Advances in Microbial Food Safety,’ by J. Hoelzer found that smoked foods have the highest leading cause of severe food-borne illness. You should ask yourself this; why does cold smoking pose a more significant health issue? The main problem with cold smoking is in two phases, and one is with the smoke making process.

This usually has to do with the sawdust or wood used in making the fire to produce the smoke. Interestingly, the resources used in making the smoke might contain deposits of Polycyclic Aromatic Hydrocarbons (PAHs). These compounds are considered carcinogenic and known to cause cancer when consumed. A study published by Wright and Welbourn in 2002 found that 95% of PAHs emitted from the UK into the atmosphere, emanate from domestic coal consumption, unregulated fires, and vehicles.

The other part of the problem has to do with the conditions during the smoking process. Consider the fact the temperature used in cold smoking falls within the danger zone. It is the right temperature for bacteria and other contaminants to bread. This makes it a tough task to keep up. Although this may sound very scary, today thousands have perfect the skill in a very healthy way.

At the end of the day, you don’t have to be a grill master to perfect this – Right here is a starting block! Now you know all about the ups and downs of the smoking process. 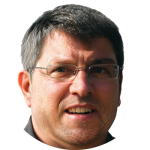